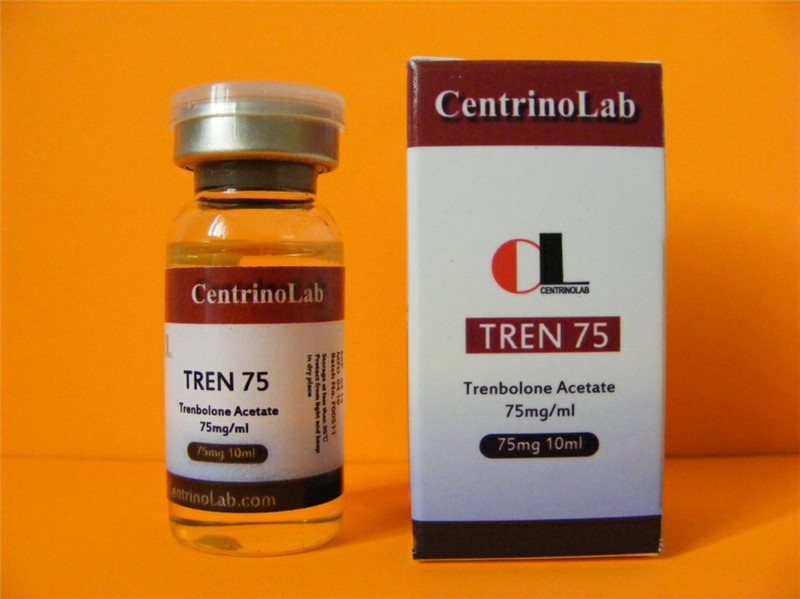 Trenbolone is in fact nandrolone derivative. However, unlike nandrolone, trenbolone is not being aromatized or being affected by 5alpha-reductase, it shows no estrogen-related sides. It`s powerful class I steroid with strong androgenic effect and a short half-life – 1-2 days. In fact, this is the most powerful androgen available with triple androgenic effect comparing to testosterone! Also, it increases IGF-1 levels in the blood thus leading to muscle hyperplasia.

Although this steroid could be used standalone during mass-gaining cycle a class II steroid like Dianabol or Anadrol should be used along with it in order to increase anabolic activity. Don`t forget that for mass-gaining estradiol is also important and aromatizable drugs could well serve for this purpose.

Professional bodybuilders consider trenbolone as must-do drug during pre-competition cycles. However, it shows fat-burn properties only with non-aromatized drugs like methenolone, oxandrolone or drostanolone and stanozolol.

Trenbolone is the most counterfeited steroid in the world, often low-dosage testosterone propionate is used instead by unfair manufacturers.

Trenbolone acetate (injectable) standalone doosage should be 50 mg/ED for novice and advanced sportsmen who are not far above natural limits (something like no more than 8-9 kgs);  trenbolone 100 mg/ED should be done by PRO

It well stacks with many other steroids, however.

When stacked, trenbolone dosage could be reduced accordingly.

Oral parabolan (Trenbolone cyclohexahydrobenzylcarbonate) dosage should be no less than 75 mg, preferably 100-125 mg.

Trenbolone Acetate side effects and PCT

17-alpha alkylated trenbolone version is called methyl-rienolone, it`s no longer manufactured due to extremely bad impact on the liver. Trenbolone acetate, enanthate and cyclohexylmethylcarbonate (parabolan) side effects are quite acceptable.

Despite of some rumors, it has no negative effects on kidneys.

Decrease in aerobic capacity is the most common complaint with Trenbolone acetate, it`s less visible with enanthate version.

If you are a woman, using tren is a horrible idea. Way too androgenic.